Talk with Brammer about fly design for a few minutes, and his deep understanding and fascination with streamers become clear. What sticks out about his flies is not so much the how, but the why behind them. Brammer is an artist, sketching and designing his flies to scale in a notebook before sitting down at the vise. However, he’s not just dreaming up patterns for the sake of novelty.

“Every fly I’ve ever designed has been created as a response to a situation I’ve faced on the water. Ideally, I want a streamer in my box for every scenario I might encounter.” Designing streamers for every condition might seem like a lifelong endeavor for most tiers, but Brammer uses a concept he calls “the infinite fly principle” to tackle such a complex problem. 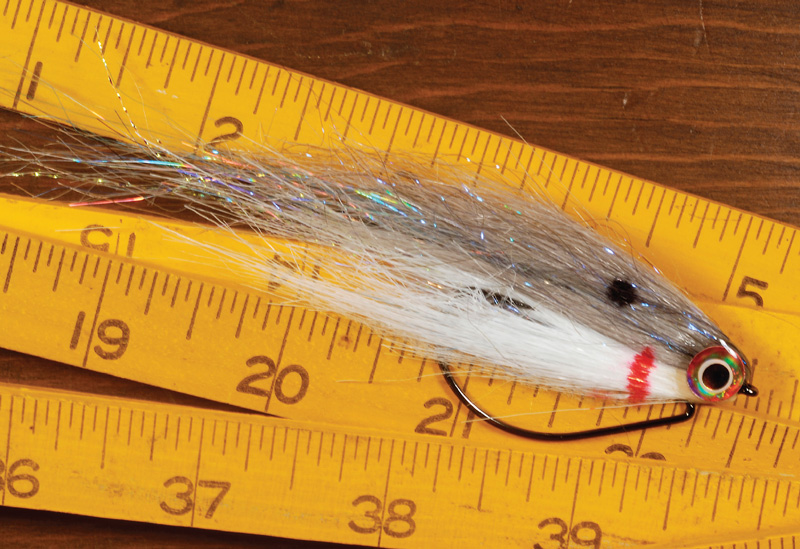 “Something clicked for me when I was learning to tie Kelly’s Pearl Necklace. You can break down a fly into a few parts: a body, wing, tail, collar, et cetera. If you really understand those materials—the principles behind them and how they dictate the movement of the fly in the water—then you can tweak that pattern to fit all your needs. Look at the Clouser Minnow. You can tie it weightless, with a jerk head, and with lead eyes. Now you have three different depths and retrieve speeds. If you articulate it, then you have two different sizes. You take one pattern or idea and radiate it out to cover all your needs, which is what I’m currently trying to do with my designs. Limitations bring about creativity, and when you base a fly around a single principle, it’s a good way to design a unique composition that is adaptable to a variety of situations.”

Brammer was quick to point out the influence of Kelly Galloup, Rich Strolis, Bob Popovics, Pat Cohen, Niklaus Bauer, and Mike Schmidt on his tying. “Starting out, I learned almost everything from those guys. Their tying shaped how I see flies, and the longer I tie, the more respect I have for their designs and the work that goes into them.”

The ABC’s of Fly Tying

It’s been said that imitation is the highest form of flattery, but Brammer does more than imitate established patterns. “The more I tie, the less I want to borrow. I want to design from the ground up rather than picking and choosing ideas from other tiers. These days, I put more pride into the creative process behind designing a fly than the finished fly itself.”

Brammer’s genius comes from his ability to break down and understand complex concepts. He described the way he thinks about fly tying as the process of creating a language or vocabulary.

“Think about how many tying materials there are. Now imagine just one of those materials—bucktail for example—and think about all the different ways there are to use it. When you think of all those materials and techniques, it’s an overwhelming amount of information. But if you take each material or method, and think of them as letters, you can combine to make a word, that massive amount of information becomes legible. Those simplified categories allow you to generate any concept you want. Each new technique you learn is like adding a new letter to your fly tying alphabet. It adds to your vocabulary and makes your tying richer.” 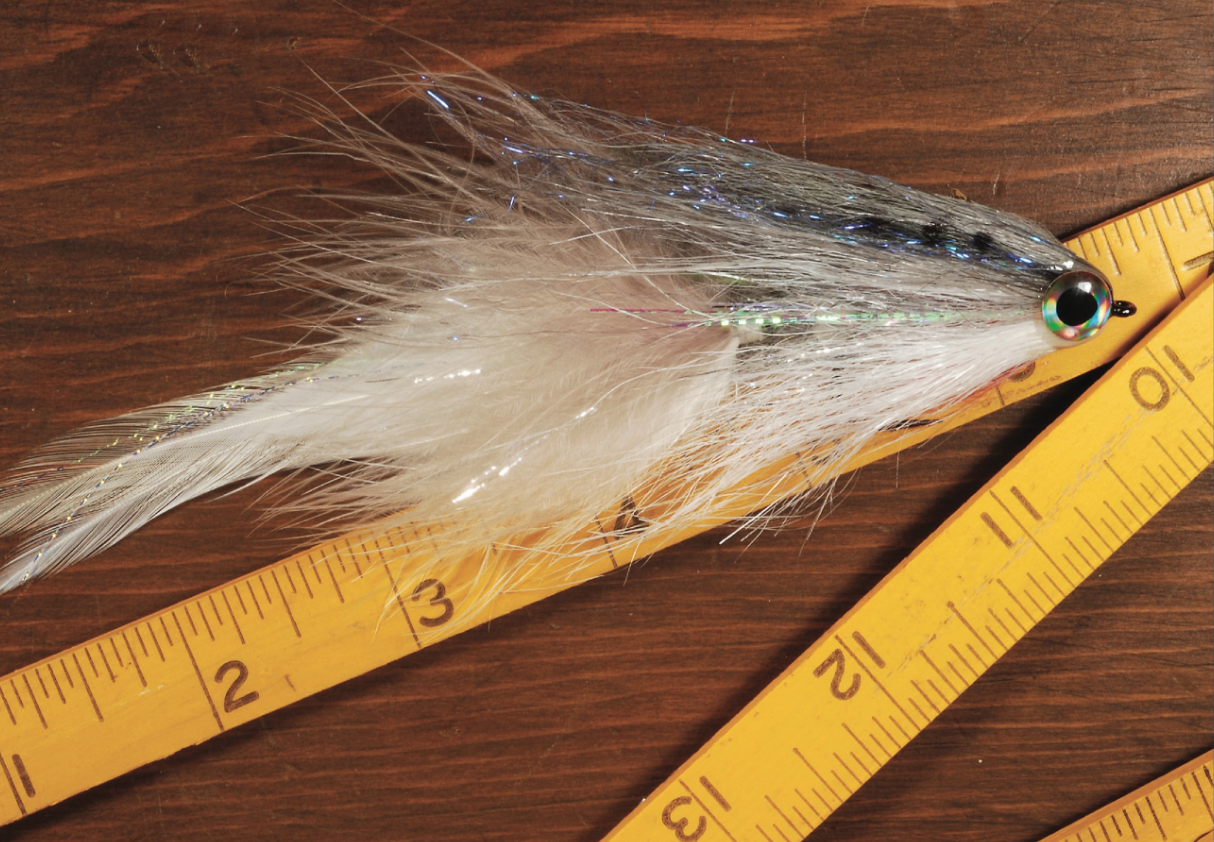 Given his unique perspective on streamers, I was interested in what Brammer thought about the future of these patterns.

“The things that have the biggest potential to change the way we tie streamers are composite brushes. I use them for making pike and muskie flies. I build pretapered composite dubbing brushes that integrate five or six materials. The entire fly is pretapered and has flash integrated into it. Because it’s built on a table, you can fade and blend color, and all you have to do is spiral-wrap the brush on a hook. The brush requires no technical ability to use; all the design process is in creating the brush. You can design brushes to create rich color schemes, three-dimensional depth, realism, the illusion of bulk, and forage-specific profiles. The possibilities in tying with brushes are infinite.”

Being young, Brammer has a lifetime of learning and exploration in front of him. I asked him what direction his own tying might take.

“Fly tying is a lifelong endeavor, and I’m relatively new to the game. I think revelations will come from learning more, and that knowledge will open up new windows. I don’t know exactly where my tying is headed, but I’ve seen a lot of people come into the industry as a part-time gig, and a year later, they step away. If you’re not all in, you’re not going to make it. I’m stubborn enough that I’m not going anywhere. I keep doing it, and it keeps growing. I’m all in.”

It’s clear that Brammer is only getting started. Looking at the impressive collection of streamers he has already created, I’m guessing this won’t be the last time you hear the name Gunnar Brammer.

Ryan Sparks is a creative tier who casts to trout, pike, bass, walleyes—anything that will eat a fly. Ryan lives in Minnesota. To learn more about Gunnar Brammer and his flies, check out his website, www.streamersbygunnar.com. 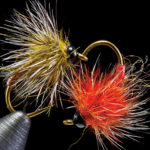 FROM THE VAULT: Crazy Collars 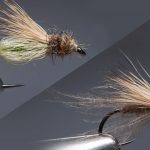 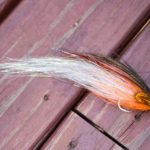 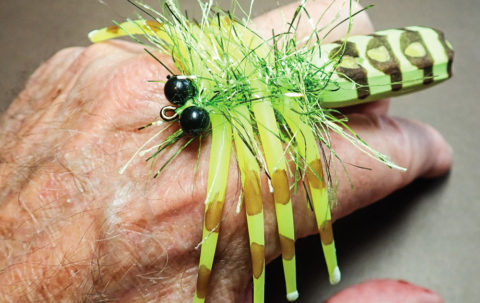 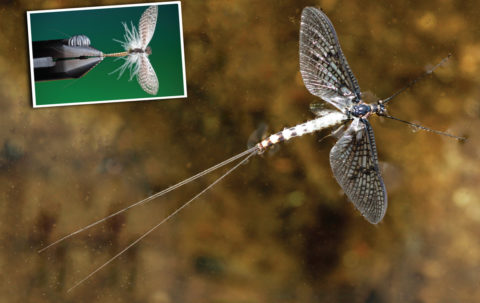 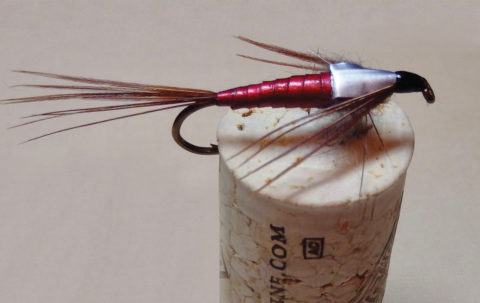