Temperatures head south but the fishing remains hot. The author opens his fly box to reveal his go-to patterns for fishing during the coldest months of the year.

Most of my early fly fishing occurred on Northern California’s Hat Creek. One characteristic that makes Hat Creek so special is that it is a spring creek. Water is supplied by an underground aquifer through springs, not snowmelt, rainfall, or tributaries. A spring creek’s water is clean and clear, and because it is groundwater, it is consistently cool. These factors create an environment rich in nutrients and insect life, and the relatively stable water temperatures mean a long growing season for resident trout. While the United States has many quality spring creeks, not all anglers live near one, and frankly, our spring creeks couldn’t support today’s fishing pressure. We have, however, inadvertently created a substitute to spring creeks.

Tailwaters Are Similar to Spring Creeks

As our country developed, the demand for water for municipal and agricultural uses made it beneficial to control the timing and volume of water flowing down many of our rivers and streams. Generating electricity using flowing water also became possible. As a result, many waterways were dammed. A bottom-release dam—one in which the water flows through the base of the structure—creates a river or stream very similar to a spring creek. How?

In its simplest form, a dam backs up a stream or river until the water reaches a level higher than the lowest portion of the dam, and then the water flows over the top. On the other hand, a bottom-release dam has an outlet at its base. A bottom-release dam usually emits water stored in the lowest portion of the reservoir, where it stays cool, similar to a spring creek. A dam also slows the velocity of the water, allowing sediment to settle into the reservoir, leaving clear and clean water to flow into the river below. The stretch of water immediately downstream from a dam is commonly called a tailwater. Due to the influence of the dam, a tailwater exhibits moderated flows of clean and often cool water; not exactly like a spring creek, but similar enough.

Tailwaters have abundant insect life and other sources of food such as invertebrates and annelids. Water temperatures remain cool in the summer and warm enough in the winter that the flow rarely freezes, so growing seasons are long. Even here in the Rocky Mountains, tailwaters are commonly fishable year-round, and you may often find hatches even during the coldest January and February.

Some well-known tailwaters include sections of the Sacramento River, the Colorado River and Lees Ferry, the Bighorn River, the North and South Platte Rivers, the Fryingpan River, the Taylor River, and the White River. These are just a handful of our tailwaters, and there are many more scattered across North America.

Tailwater fisheries vary greatly in character. Some are meadow streams, but others flow through rocky canyons. Water velocity may be fast or slow depending upon the gradient. The bottoms of some tailwaters are gravel while others have boulders, and some are weedy while others are primarily sandy. These different habitats create different food sources.

As in spring creeks, the fish living in tailwaters typically have a lot of sources of food, and the clear water allows them to carefully inspect your fly. As a result, many successful spring creek patterns also work on tailwaters. I feel it’s also critical to approach trout carefully to avoid spooking them; strike indicators may tip off fish that something is amiss. If you’re going to use one, try a smaller indicator or one that is a subtle color. Fishing with a dry–dropper rig might be a better bet. Whatever you do, longer casts and more sophisticated mends are often in order.

Trout are still trout, and I find they hold in much of the same water as they do in freestone streams. The head and tailouts of pools are likely spots, but in colder weather when the fish and insects are less active, I often find them in the deeper, slower pools. Breaks behind boulders or logs, as well as the cushions of water above these objects, also hold fish. Riffles, especially when insects are active, are favorite feeding areas. Watch for trout tight against the bank when water flows are fast and fish need a place to rest.

Even though the hatches are not so prolific during the winter, midges do emerge and trout continue rising on many rivers even during the coldest months of the year. The famed tier Craig Mathews has lived in West Yellowstone for 40 years, and he says some of the best dry fly fishing in that area occurs throughout the winter, yet very few anglers take advantage it. This is especially true of tailwaters, where temperatures remain fairly stable: insects, especially midges, keep hatching; the trout keep rising; and yet most fair-weather anglers stay at home.

Bundle up to stay warm, and use the same tackle you do throughout the warmer months. The accompanying selection of flies works throughout the season, and they are among my favorite when temperatures head south but the fishing stays hot.

Al Ritt lives in Colorado, where he oversees the production of the Peak Vise for Peak Engineering. In his spare time, Al leads trips to some of the very best fly fishing in the world. To learn more, check out his website, www.alrittflies.com. 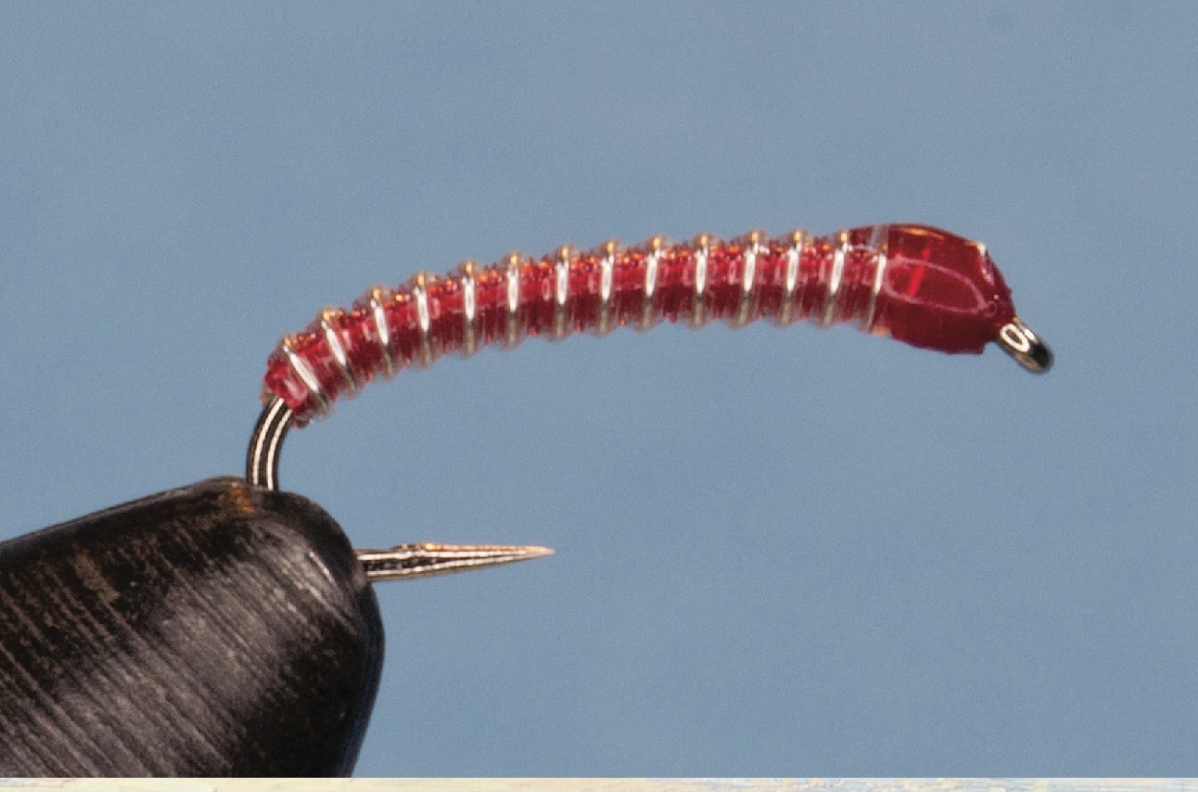